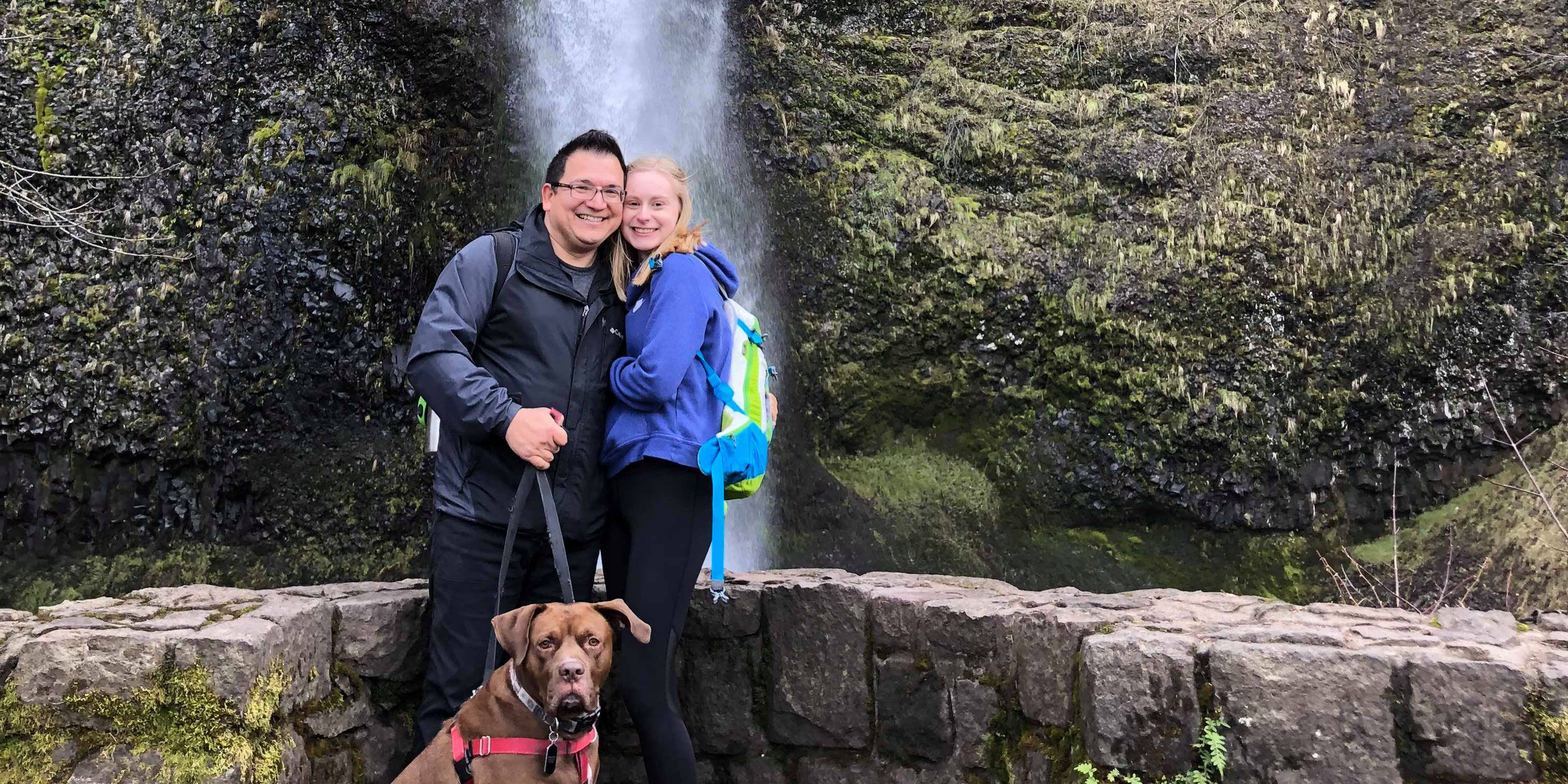 My name is Autumn Barber, and I recently joined the Oregon Forest Resources Institute (OFRI) team as a social media intern. Soon, I’ll take over as the social media manager for the summer.

What sparked my interest in this position was the ability to have creative freedom, as well as the opportunity to gain new skills in social media and public outreach-related projects. What brought me to OFRI specifically was my interest and appreciation for how green Oregon is. I lived in Albuquerque, New Mexico, from last June until January of this year. Living in the Southwest for six months really made me appreciate how green and lush Oregon is. By working with OFRI, I feel like I am able to work with content that I enjoy, while educating others on how to keep Oregon green. 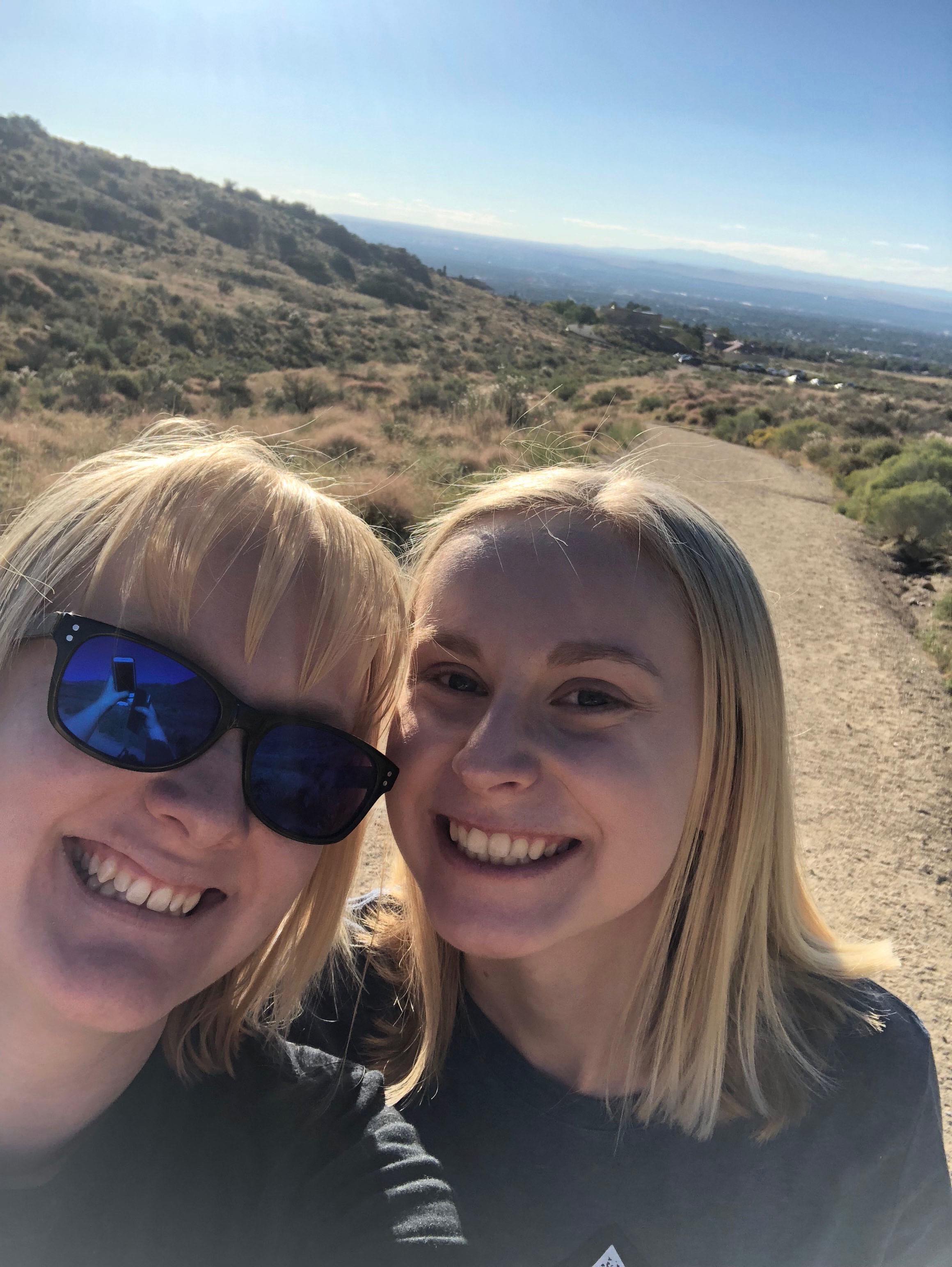 While I am working, I am also a third-year college student majoring in communications and attending the University of New Mexico (UNM) online. I attended Portland State University (PSU) for two years, spent the last year at UNM and am now transferring back to PSU in the fall to finish my bachelor’s degree. I will be the first in my family to graduate from college.

I am an Oregon native and grew up in Molalla. I graduated from Molalla High School and moved to Beaverton the day of graduation.

Some of my favorite things include movies directed by Wes Anderson, interior design, Anthropologie candles, and coffee (especially caramel lattes). Oh, and Jeff Goldblum. In my free time you can find me hiking, going to rock concerts and planning my next weekend trip on Airbnb.

More 〉
Every day is Earth Day in Oregon’s forests 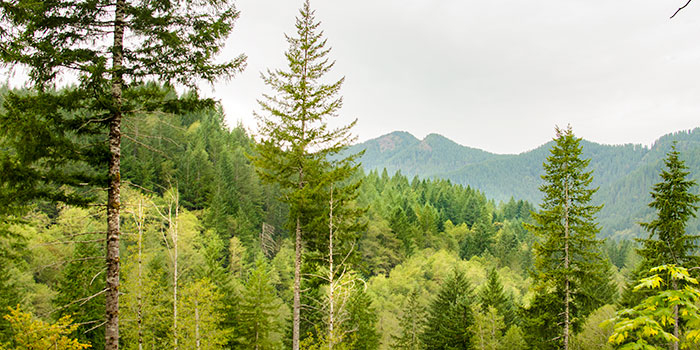 I’m writing this blog on Earth Day, and Arbor Day is just a few days away. There’s one big thing I’ve learned in the past nine months, and that’s that Oregon’s forests, and the people who live, work and recreate in them, care about sustainability. The people I’ve met as executive director of the Oregon Forest Resources Institute include professional foresters, natural resource educators, wildlife biologists, conservation groups, hydrologists, loggers, timberland managers, firefighters and recreationists. Suffice to say they come from all walks of life, and from all across the state.

These days it’s pretty hard to find something most people agree about, but when it comes to Oregon forests, there is universal caring and concern for their future. That isn’t to say everyone is in agreement about how to handle the complex issues in forestry. But I’ve found that most Oregonians have a lot more in common than they might think.

One shared value relates to the beauty of Oregon’s forests. Our forests are part of what makes Oregon unique, and everyone wants to preserve the beauty of our landscape so future generations can enjoy and benefit from our forests.

A big threat to the beauty we all enjoy in Oregon’s forests is wildfire. There are no simple solutions to this threat. Sometimes in the face of such complex challenges, people decide they can’t be part of the solution. I find it actually helps to become more involved, so I encourage you to check out these volunteer opportunities in Oregon.

Another shared value relates to the economic benefit forests bring to rural Oregon. Many of Oregon’s rural communities depend on wood that is harvested from local private forests for family-wage jobs in wood products manufacturing. Oregonians from the urban centers around the state also benefit from this wood, through new residential and commercial construction and the jobs they create.

Finally, if you’ve met both a forester and a recreationist, the one thing the two have in common is their love for the outdoors. Foresters manage timberlands with an eye toward the next generation, because a tree that’s planted and cultivated now will grow for decades to come. In much the same way, a recreationist will hike, bike or camp on a particular trail or campsite and clean up as they leave, because they want to return with their children and grandchildren. In both cases, the old saying “Look to leave a place better than you found it” is quite appropriate.

It’s a great sentiment to have as we celebrate Earth Day, and one that foresters, forest managers, landowners and others who help care for forests take with them every day as they work to sustain our forests – for all the benefits they provide – well into the future. 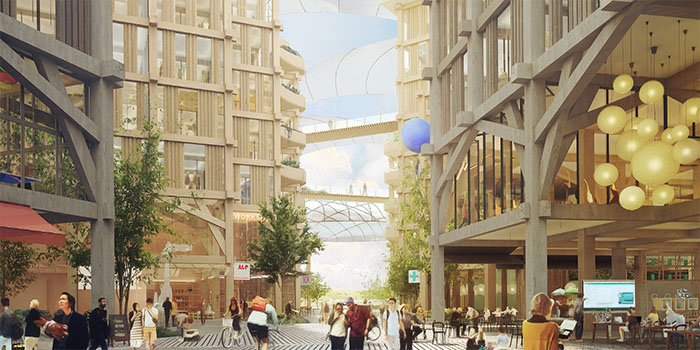 These exterior (above) and interior (below) renderings of Sidewalk Labs’ Quayside Development planned for Toronto, Canada’s waterfront are representative of the scale to which some of the world’s most forward-thinking brands are embracing mass timber. Images courtesy of Sidewalk Labs.

Along with more than 1,500 other people from 28 different countries, I spent most of the fourth week of March taking part in the 2019 International Mass Timber Conference, produced jointly by Forest Business Network and WoodWorks/Wood Products Council. For the fourth year in a row (since the event’s inception), it was held in Portland, which organizers referred to as “the center of intellectual capital for mass timber.”

As was the case every other time, the conference brought together most of the world’s leading advocates for and practitioners of mass timber construction. This time around, though, things were different. The mood in the convention center had evolved from, “Just think what we might be able to do,” to something more like, “Look what we’re doing and let us show you how we’re doing it.”

What makes me most optimistic about what’s to come is that mass timber has moved into the mainstream. No longer is it just a unique new way to build, experimented on by a few architects, contractors and developers. Some of the world’s most popular, thought-leading brands, including adidas, Sidewalk Labs, Microsoft and Google, have jumped all-in. These companies are not just major brands. They are cultural paradigm-changers. And they all are embracing mass timber in a big way – for the most important of reasons. They recognize that climate change is the biggest challenge we face as humans, and they see the tremendous potential mass timber offers as a significant contributor to solving the climate change challenge.

Here’s a summary of what’s in store:

- Google: They’re embracing mass timber and other sustainable technologies in order to use their purchasing power and influence to drive scalable sustainability solutions.

- Sidewalk Labs: A sister company to Google, under the Alphabet umbrella, Sidewalk Labs seeks to use mass timber throughout an 800-acre mixed-use community it is developing in Toronto, Canada. Known as Quayside, the development seeks to “combine forward thinking urban design and cutting edge technology to radically improve urban life.”

“We want to impact things that are scalable. Scalable sustainability.”

– Michelle Kaufman, head of research and development for the built environment, Google

All of these large companies are putting their money, and their social leadership, into something they truly believe can be a world-changer: mass timber.

The 2020 International Mass Timber Conference will be held in Portland again next year, March 24-27. Can’t wait to see what happens then. 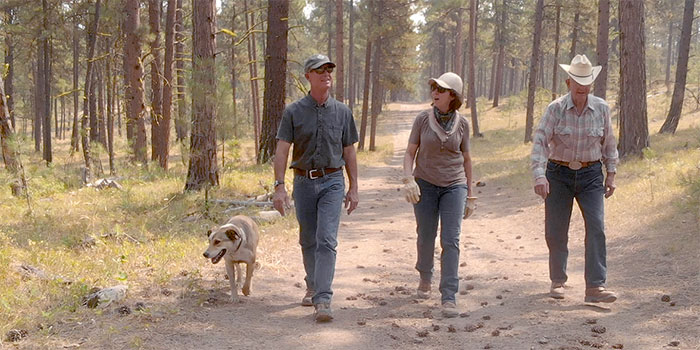 Whether or not we like them all, every one of us comes from a family. Families have unique traditions they pass down from generation to generation. I grew up in Rhode Island in a large Irish Catholic family. We celebrate St. Patrick’s Day like it’s a national holiday, and even eat something called boiled dinner, which is the Irish-American version of corned beef and cabbage.

At this point, you may be asking yourself: What has this got to do with Oregon forests? Well, Oregon forests are unique, and they also have a family component. I don’t know how big your backyard is, but in Oregon there are a lot of people with very big backyards – often filled with trees. In fact, there are about 65,000 Oregonians who own what’s known as a small woodland. These are usually 10 or more acres in size. The part where the family comes in is that, historically, most of Oregon’s small woodlands are family properties. They’ve been passed down from one generation to the next, and as families have grown, some have been divided among family members and others have been kept intact to be used as a family gathering place.

Another unique aspect to these properties is that they are woodlands, which means they’re considered forestland and classified as timberland. Timberland is forestland that can productively grow commercial-grade timber.

Families that own a small woodland are in it for the long haul, and generally speaking are not trained foresters. Mostly they’re Oregonians who are stewards of the land, wanting to do the right thing and follow all of Oregon’s forest-practices regulations.

Day to day, these landowners are busy living their lives, raising their families, paying their bills, etc.   Then, about every 50 years or so, they decide whether or not to harvest and sell the trees on their property. Usually the decision is based on a big family event, such as paying for college, a wedding or a home remodel. This is where the Oregon Forest Resources Institute (OFRI) and our Landowner Education program come into the picture.

We partner with organizations like Oregon State University Extension Service and the Oregon Small Woodlands Association to deliver landowner education. This includes offering workshops to help small woodland owners understand Oregon’s forest protection laws. We use a special publication we produced for this programming, called Oregon Forest Protection Laws – An Illustrated Manual. We also provide publications designed for non-professional foresters, on specific topics such as wildlife protection and fire risk reduction. To reach small woodland owners in as many ways as possible, we maintain a website, KnowYourForest.org, that offers basic information and resources on many important topics related to managing forestland in Oregon.

OFRI has two professional foresters on staff who lead all these efforts, Mike Cloughesy and Julie Woodward. Mike and Julie work closely with landowners to help them understand how to properly take care of their land, so it will be here for the next generation to benefit from and enjoy.

More 〉
〈 Back   1 .. 8 9 10 11 12 13 14 .. 57 Next   〉
Related Content
About OFRI
Oregonʼs forests are vast – and so too are the issues and challenges that impact their continued health and...
People
OFRI partners with more than 100 organizations and individuals on our educational programs, publications and vid...
News & Social
Stay up to date with the latest OFRI happenings and news about forestry education in Oregon
Video Library
The Oregon Forest Resources Institute produces a wide variety of educational videos covering a range of topics.....