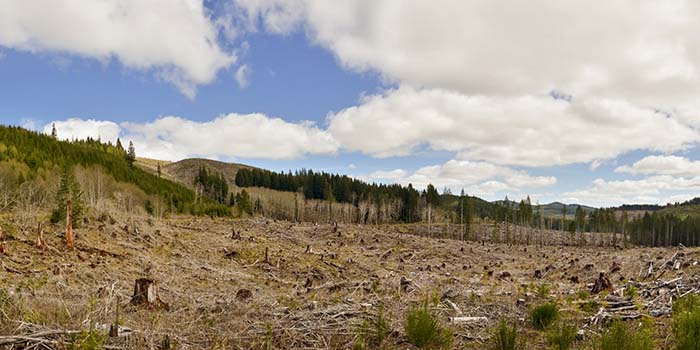 Over the past several years, OFRI has surveyed Oregonians on how they view forest management. One consistent finding is that people don’t like clearcuts. Discussions during focus groups and informal visits indicate the main reason for these feelings is aesthetics: Most people consider clearcuts just plain ugly.

Learning about the natural forest cycle, and how clearcuts mimic natural disturbances such as fire, can help people understand clearcuts. But it still doesn’t help them like them. A better way to combat the negative perception of clearcuts is through visual management – a collection of concepts that help foresters plan timber harvests so they are more aesthetically appealing.

Foresters can implement these visual management concepts using modern photo and visualization software that shows how the clearcut will appear from various angles and distances. This is especially useful to see how clearcuts will look from key travel corridors.