〈 Back To Articles
Forest sector jobs and wages 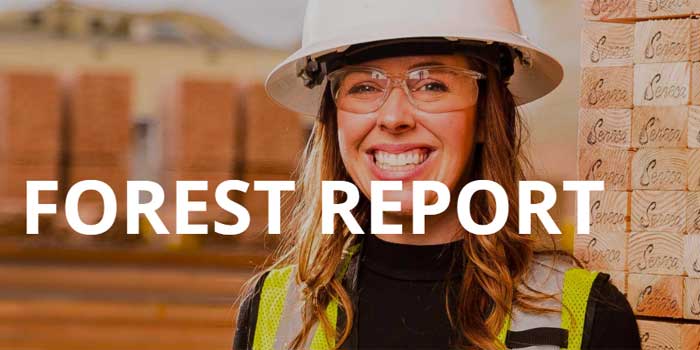 OFRI recently published a new report and a website on Oregon’s forest economy. A full report and a summary report can be downloaded from the website: TheForestReport.org. In this blog, I will summarize some of the information on forest sector jobs and wages from the report. 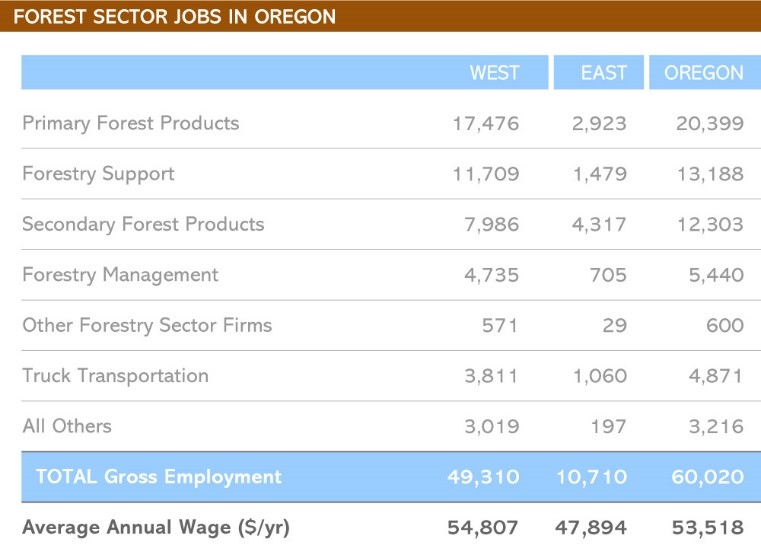 Overall, forest sector jobs represent about 3 percent of the total jobs in Oregon. However, these jobs are relatively more important in rural areas. The following list shows the top 10 counties by percent of forestry jobs.

It is interesting to note that only Douglas, Klamath and Coos Counties show up on both lists. 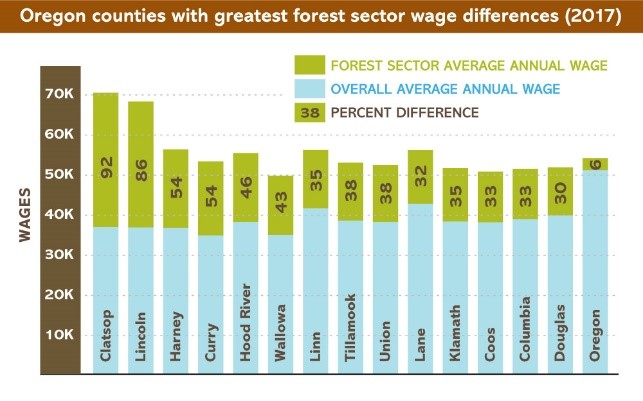 The great recession of 2009-10 caused a large loss of jobs in the forest sector. This is reflected in the total annual wages for Oregon’s wood products manufacturing sector which have steadily increased since the recession low point of 2010. As of 2016, those annual wages totaled about $1.4 billion. After a strong recovery in 2012-13, employment has held steady, but wages have increased as the economy has recovered. 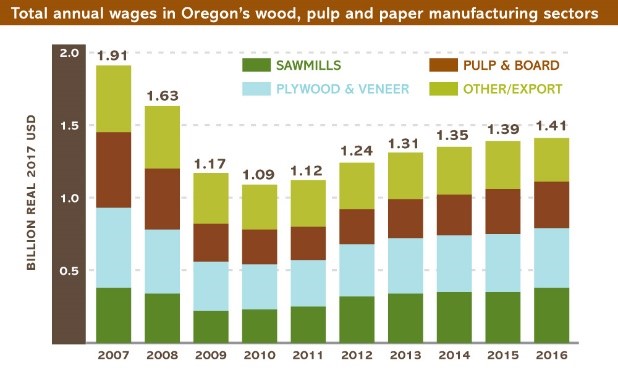