The Oregon Forest Resources Institute’s (OFRI) Wildlife in Managed Forests program has a new publication that’s all about amphibians!

For our new Wildlife in Managed Forests: Forest Amphibians publication we worked with scientists from Oregon State University and the U.S. Forest Service to help forest landowners get to know the amphibians that call Oregon forests home, and help provide good habitat for them. We also summarize the current science and offer suggestions for voluntary forest management actions that benefit amphibians. Read on to learn a little more about the authors behind this awesome new publication. 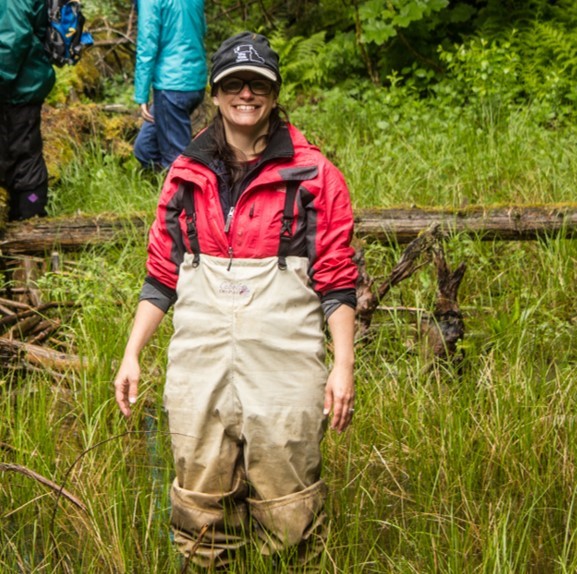 Dr. Tiffany Garcia grew up in northern California and has always been around forests, amphibians and natural resource management. Her thirst for answers about wildlife management started early, but she didn’t get the chance to work on research projects until she started college at the University of California Davis. There, she bothered postdocs, graduate students and her professors constantly with questions about amphibians! They were gracious enough to let her tag along on surveys and studies.

Now Dr. Garcia is professor in the Department of Fisheries, Wildlife and Conservation Sciences at Oregon State University. Her work focuses mainly on seasonal streams and ponds, where she studies the impacts of environmental stressors on amphibians. Her research quantifies behavioral, physiological and community responses to environmental stressors, including pharmaceutical contamination, invasive species and climate change. She completed her bachelor’s at U.C. Davis in 1997, and her Ph.D. at the University of Kentucky in 2002. She first arrived in Oregon as a National Science Foundation postdoctoral fellow, and has since conducted research projects in Sweden, California and throughout the Pacific Northwest. 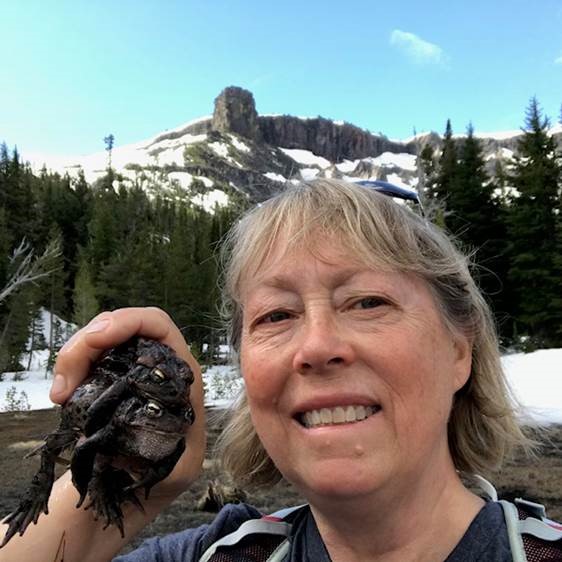 Dr. Deanna (Dede) Olson got hooked on field ecology research when she was an undergraduate at U.C. San Diego, where she helped with lizard research, and she went on to do independent studies on mussels and barnacles in a marsh near Woods Hole, Mass., and on Przewalski’s horses at the San Diego Wild Animal Park, and then was an assistant for a National Geographic expedition to South America. When she entered graduate school, she wanted to keep working on the behavioral ecology of animal mating systems, but when she took a course on herpetology, the branch of zoology concerned with reptiles and amphibians, she decided to focus on Oregon amphibians. She worked on researching frogs and toads in the Oregon Cascade Range starting in 1982, and continues 40 years later.

Dr. Olson was a free-range kid, coming home only when it got dark. She always had pets, and the family would go on treks together in natural areas. Mutual of Omaha’s Wild Kingdom was a favorite TV show then, a window to a bigger world. Dr. Olson aimed to be a biology major in college, with pre-med or a health pathway in mind, and then she discovered behavioral ecology and found her bliss. Undergraduate ecology studies were fun adventures, and she learned to put her observations into theoretical contexts. She discovered she was above par in writing, and her first journal paper on lek-mating birds in the South American country of Suriname was published before graduate school, and then was accepted in lieu of a master’s degree. She went straight for a Ph.D. on toad and frog mating systems in Oregon. After a couple postdoctoral instructor stints at western Oregon colleges, she was hired as a postdoc by the Forest Service Pacific Northwest Research Station, with the anadromous fish habitat program. As agency needs grew and declining amphibians became a global concern, she was able to expand her work to more amphibians, the threats to them, and managing them for sustainability.

I asked Dr. Garcia and Dr. Olson some questions about their experiences researching forest amphibians and their advice for forest landowners and managers. In some cases, their answers have been shortened and edited for clarity.

Do you have an amphibian moment that stands out?

Dr. Garcia: I once saw a bullfrog so big that I thought it was an Asian carp. Scared the wits out of me.

Dr. Olson: The first time I saw a breeding toad aggregation stands out to me. I had been looking for them as I walked along a lake shoreline, but after I gave up and started back to the car without seeing anything, I heard faint pip pip pip sounds, and it was male mating calls being made out in deeper water. In a very small area of perhaps 10 square yards there were hundreds of mating toads. Breeding ended in a couple more days. In the large lake, this was a needle in a haystack in both space and time, and I had happened upon them. Toads use traditional mating sites, and once I found them, I could reliably find them again in a later year. I felt like I had cracked the code of these cryptic animals!

What advice do you have for landowners interested in managing their forests to provide amphibian habitat?

Dr. Garcia: In promoting amphibian habitat, you’re promoting ecosystem health and wildlife biodiversity. This is because amphibians are the heart of the forest. They are prey for many of our birds and mammals, as well as predators of forest invertebrates. They bridge stream, forest floor and canopy ecosystems by transferring nutrients throughout and across these systems. Amphibian habitat, which includes downed wood, streamside trees and plants, and wetlands, also provides important ecosystems services that benefit both current and future human populations.

Dr. Olson: Consider the different life stages and life functions of the animals and providing habitat conditions for each, including breeding habitat, foraging habitat, overwintering or summer refugia and dispersal habitat to connect populations.

What's your take-home message from the publication for forest managers and landowners?

Dr. Garcia: I hope this illuminates the amazing diversity of frogs and salamanders in Oregon. We’re a global hotspot for these animals, and the more we know about where they are and what habitat they need, the better we can do in working together toward their conservation.

Dr. Olson: Sustain amphibians and their habitats, and that helps sustain broader forest wildlife communities, due to amphibians’ central role as predators and prey for other animals.

What are your current interests and projects?

Dr. Garcia: I’m currently working on research projects that assess wildfire impacts on terrestrial salamanders in Oregon, and how large pieces of downed wood can provide important microhabitats for these animals during forest disturbances such as fire.

Dr. Olson: Advancing knowledge of the effectiveness of riparian buffers (where trees are preserved along streams to shade and cool the water and provide habitat) for amphibian protection in forests, and elevating the “social capital” of amphibians for increased conservation attention as their extinction rates exceed all other main animal groups. Can we preserve these animals for our children’s children’s children?

The full Wildlife in Managed Forests: Forest Amphibians publication is available to download or order at OregonForests.org/publications. 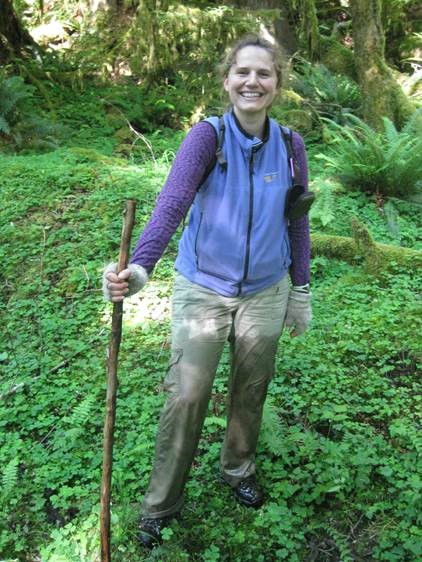