〈 Back To Articles
Who knew? The role Oregon plays in the utility pole business 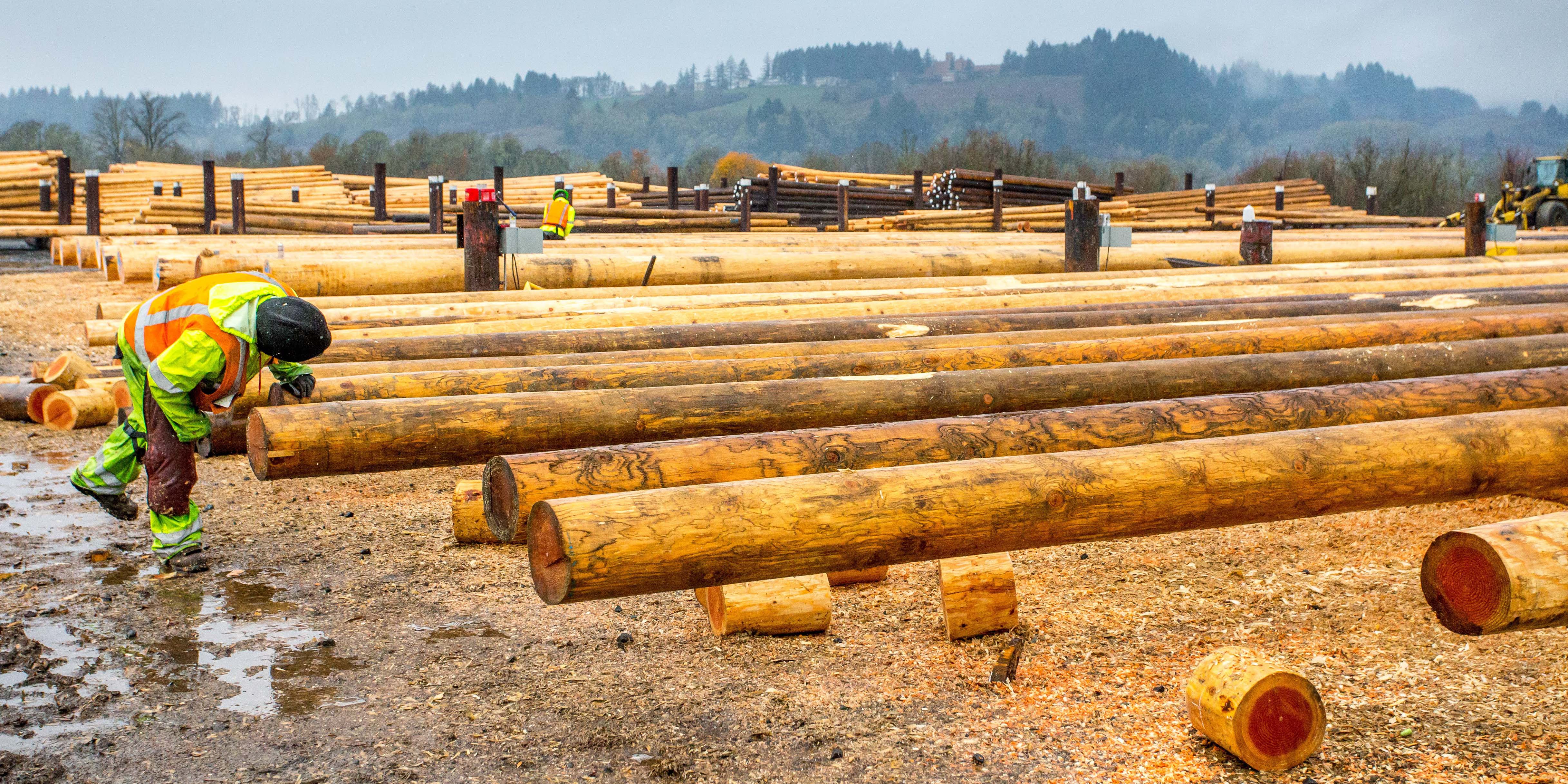 For something as prevalent and essential as utility poles, I’d never really given them much thought until late last year when I attended a tour of wood preservative treatment plants in Oregon hosted by the Western Wood Preservers Institute (WWPI).

According to WWPI, around 120 million utility poles are in use in North America. That’s about one for every four residents of the U.S and Canada. The bulk of those poles are made of southern yellow pine, which more readily accepts treatment than most western species, but some 40 percent are Douglas-fir, nearly all of which come from the western forests of Oregon and Washington. Poles typically remain in service for around 60 to 70 years, and more than 100 years in drier climates, according to WWPI. An Oregon State University study said about 1 percent of poles are replaced each year.

During the tour, we visited the McFarland-Cascade plant in Sheridan, where the majority of the poles processed are Douglas-fir because of its high strength-to-weight ratio and its propensity to grow straighter and taller with less taper than most other tree species. For applications requiring taller poles, Douglas-fir is the only species that can do the job. In addition to poles, Douglas-fir is also a preferred choice for crossarms, the wood pieces installed parallel to the ground that hold the wires and cables. Those transmission wires weigh a lot, so strength matters. And when it comes to strength, it doesn’t get any better than Douglas-fir. 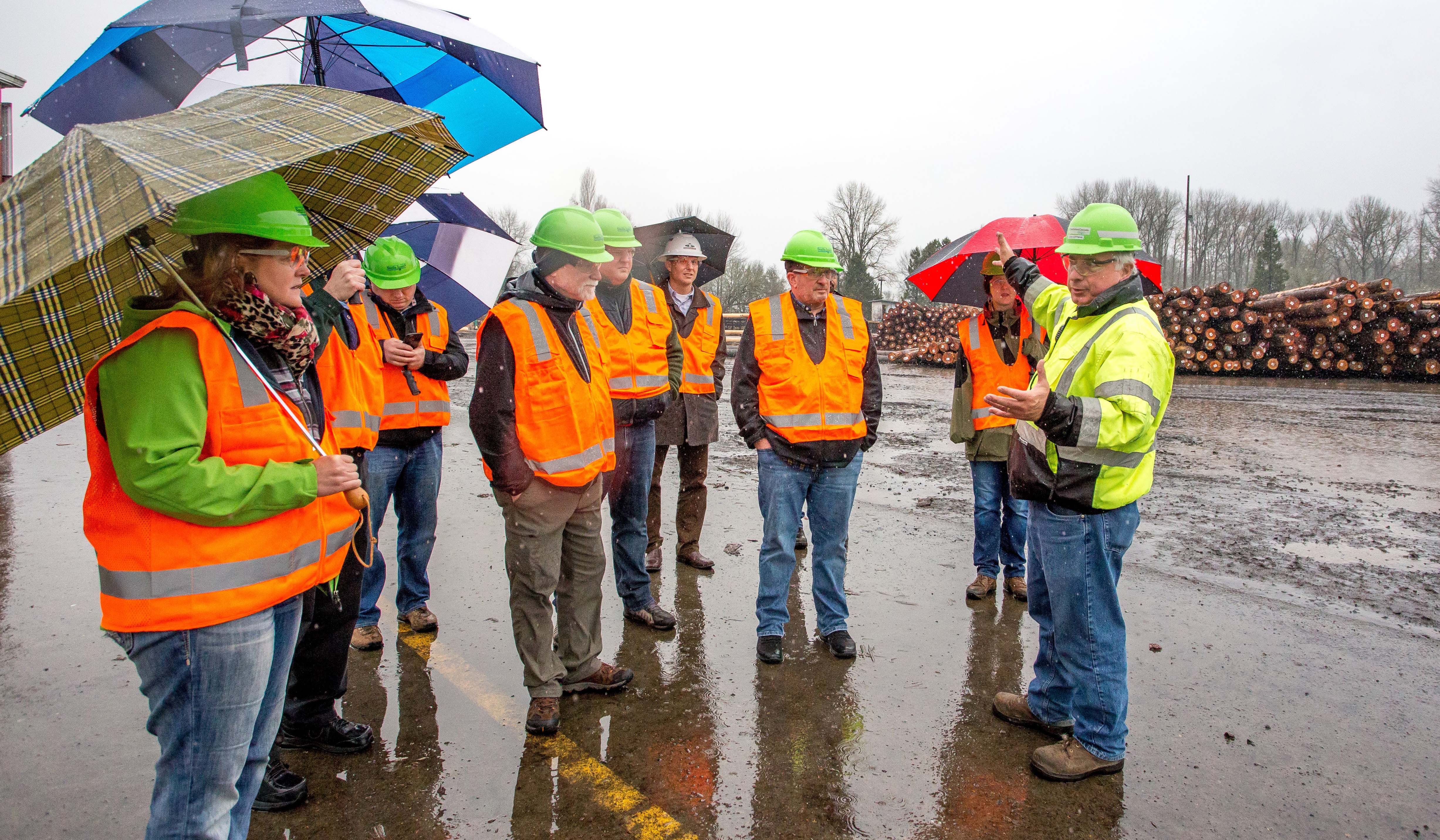 When disaster strikes, particularly in the West, Oregon comes to the rescue. Fires and wind can wreak a lot of havoc on utility poles, and the electricity they carry is critical to a speedy recovery after a natural disaster such as a hurricane or wildfire. In 2017 and 2018, Oregon utility pole producers responded to the California wildfires by quickly ramping up to help affected communities work their way back to normal.

I asked about where the wood comes from, and learned that not just any Douglas-fir tree will do. Pole producers employ timber buyers who cruise proposed harvest areas and hand-select individual trees to be set aside and used for poles. Only about one in every 10 trees has the right characteristics, and pole producers pay a premium to get them.

Once the trees are selected and harvested, they’re trucked to a processing plant like the one I visited. Douglas-fir poles can range in length up to 125 feet, so logs headed to pole plants are typically much longer than those headed to a sawmill or plywood plant. 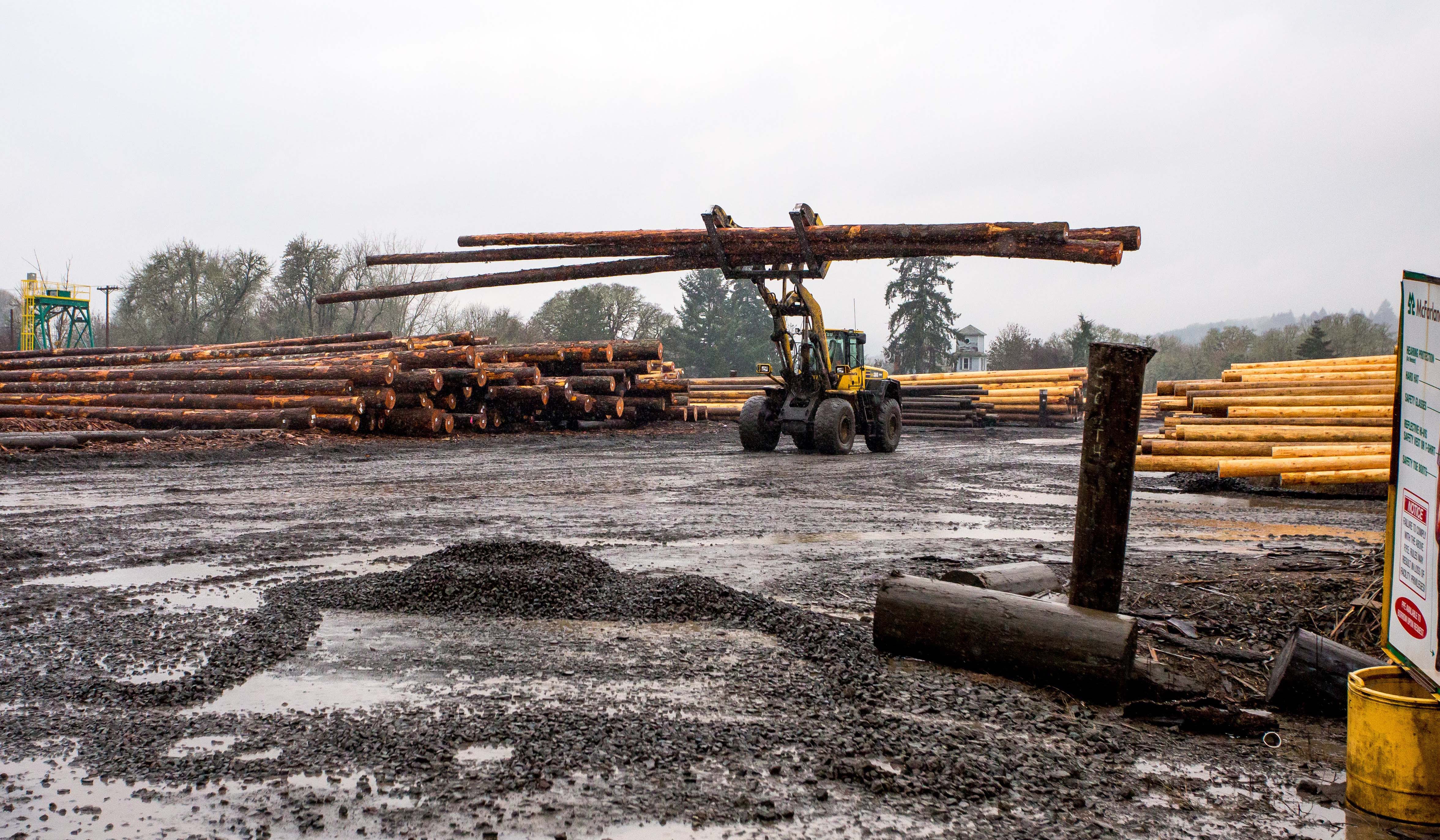 The first step at the treating plant is to run the logs through the “peeler,” which removes the bark as well as the cambium (a thin layer of fiber just below the bark). After the peeler, the poles are seasoned. Water is removed from the wood to make room for preservatives to be added and absorbed. The dried poles are sorted by grade and, if necessary, any defects are removed. 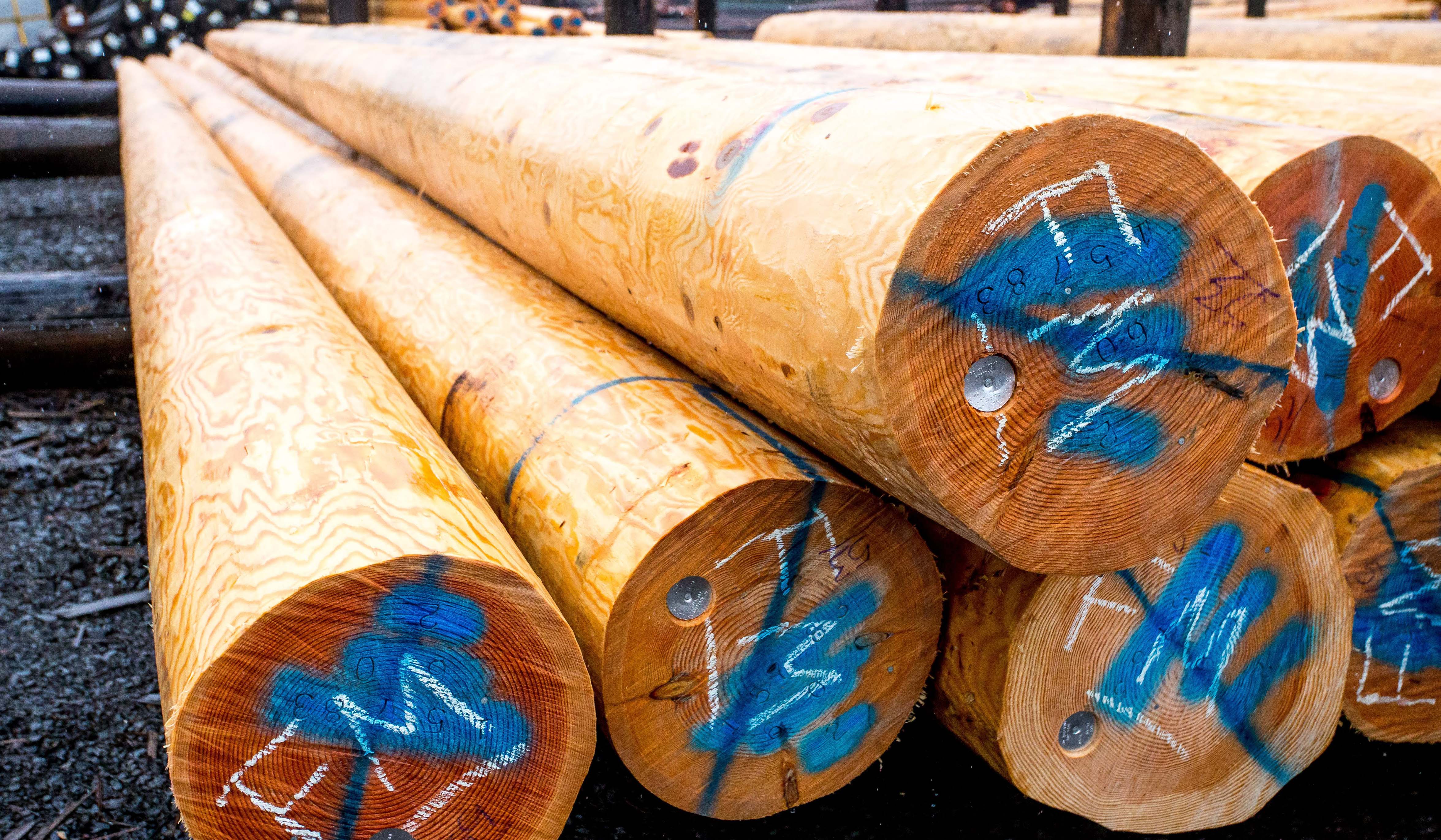 The preservatives used to treat wood are regulated by the Environmental Protection Agency (EPA). All are designed to protect wood from biological and insect attack, and to stay in the pole. Leaching is very minimal, and the preservative will not travel more than a few inches in soils over the many decades the pole is in service. Having some preservative in the soil in the area immediately around poles actually has a beneficial effect of providing a more sterile environment for the pole to reside in, adding efficacy to the pole preservative. In addition to the EPA link above, the U.S. Forest Service Forest Products Laboratory published this about wood-treating preservatives.

Whatever the preservative used, it is applied using a pressure-treating process. The wood is loaded into a long, metal pressure chamber, then preservatives are added and vacuum pressure is used to force the preservatives into the wood fiber. More details can be found at woodpoles.org, or check out this video.

I left the tour marveling at the prevalence and variety of uses for Oregon wood products – from the materials used to construct some of the most complex and environmentally sound buildings in the world to thousands and thousands of simple, yet essential, utility poles.