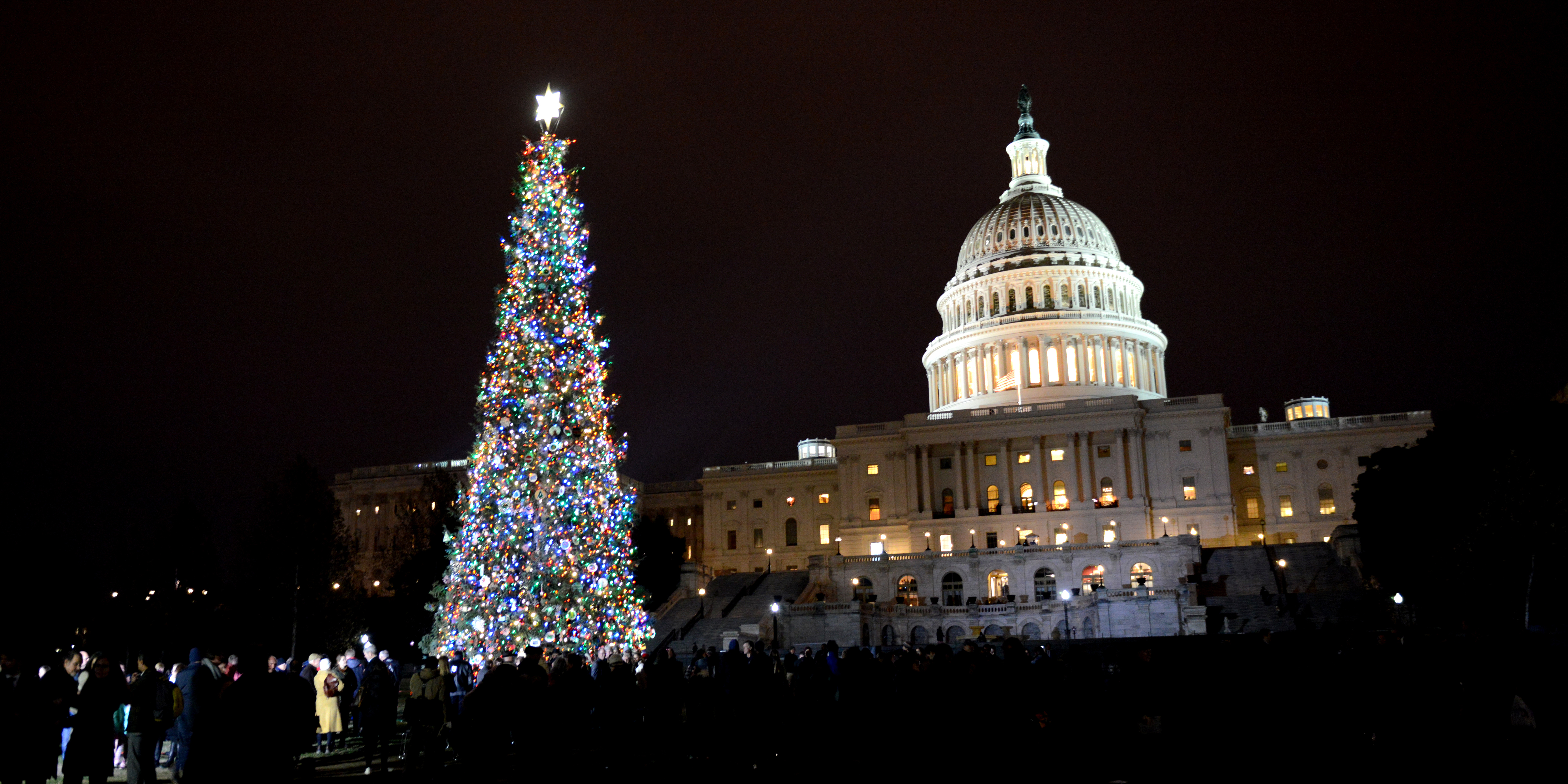 This past week, I was among a group of Oregonians who traveled to Washington, D.C., for the events leading up to and including the lighting of the 2018 U.S. Capitol Christmas Tree. I was honored to be among a group that showcased the best of Oregon.

This year’s tree was harvested from Oregon’s own Willamette National Forest. It was an approximately 75-foot noble fir that made a 3,000-mile reverse journey on the Oregon Trail.

The tree itself was representative of the best of Oregon’s abundant forests, but that was really just one piece of the story. During the many events that celebrated the tree in Washington, I came to appreciate everything and everyone from Oregon who played roles from small to large to put Oregon’s best foot forward on the national stage.

On my first morning in D.C. I walked around the West Lawn of the Capitol and spotted the tree, which displayed some of the more than 10,000 Christmas ornaments that were handmade by Oregonians from all over the state. 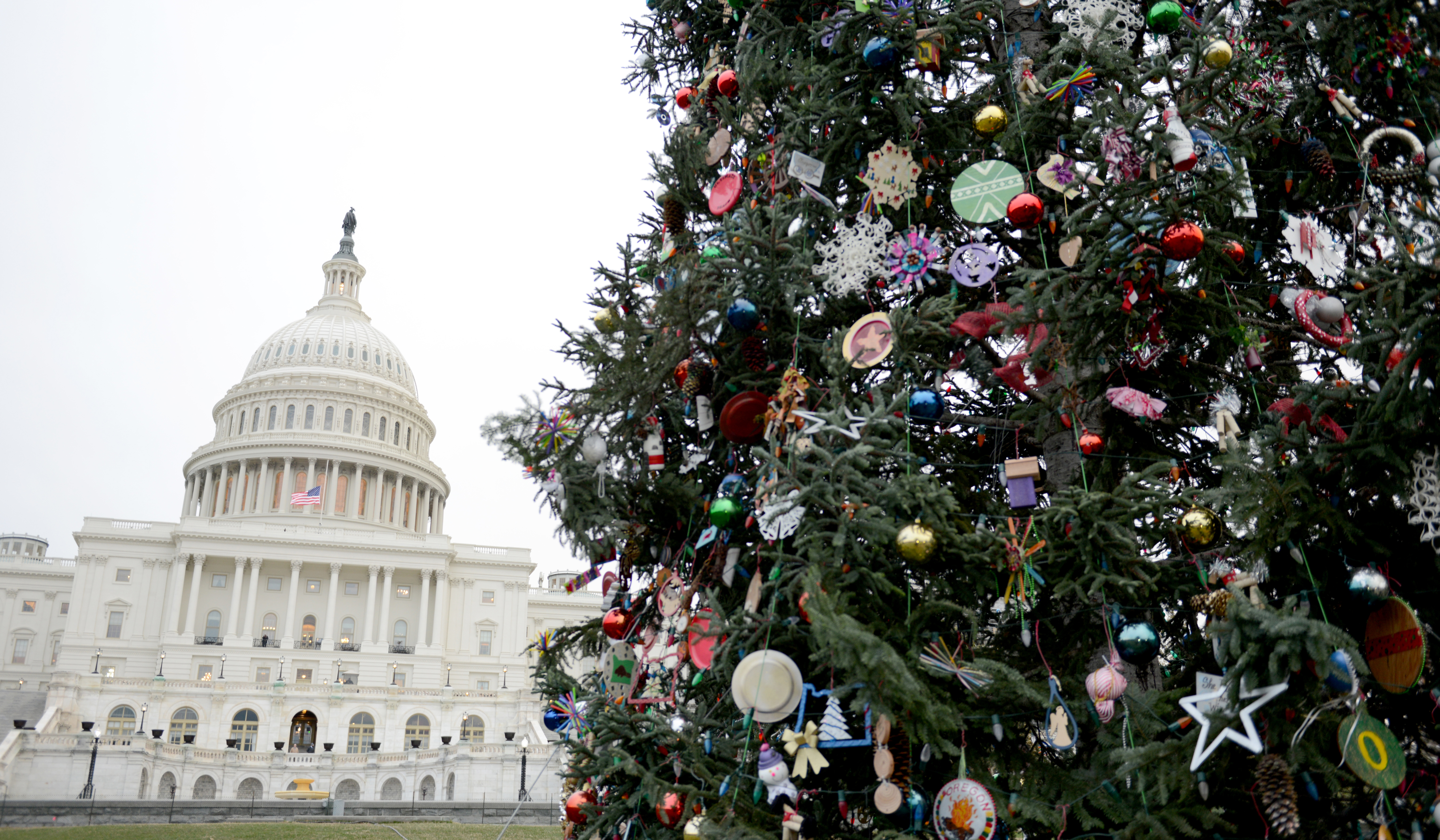 At the first event of the week, held at The National Press Club, the tree’s partners were honored. Among them was the presenting sponsor, Papé Group, which is celebrating its 80th year in business in Oregon. Also recognized at this event was the town of Sweet Home, home to the U.S. Forest Service Sweet Home Ranger District, where the tree was grown. This was also the first time I met Brigette Harrington, a fourth-grade student from Hillsboro, and winner of Oregon Gov. Kate Brown’s contest asking students to write letters about what they love about the state’s outdoors. Once you meet Brigette, it’s apparent why she was selected the winner from among 1,200 entries. She is a poised and accomplished young woman, who stole the show by singing a Christmas song and playing her violin.

The next morning I attended the Oregon Breakfast, in the Member’s Room of the Library of Congress. This event was hosted by Oregon’s senior senator, Ron Wyden, who was joined by Sen. Jeff Merkley and Rep. Greg Walden. The Travel Oregon team brought some of the best Oregon has to offer with Stumptown Coffee, Bob’s Red Mill oatmeal and even donuts that were specially made “Portland-style.” Brigette took center stage again at this event with a lively reading of her winning entry in the governor’s essay contest, a poem about her love for all things Oregon, including puddle-jumping, hiking, fishing and Christmas-tree-cutting.

I met Brigette’s mother, Kim Harrington, at the breakfast. Kim is a fourth-grade teacher who takes her class to the Tillamook Forest Center for a field trip each year. She was grateful for OFRI’s school bus reimbursement program, which helps make the trip possible.

Later that day same day I attended an afternoon reception at the U. S. Department of Agriculture (USDA). A little-known fact is that, in addition to supplying the “People’s Tree” for public display, Oregon provided an additional 75 smaller companion trees for offices and federal agencies around the Capitol. The Whitten Patio of the USDA features one of these trees. It is 22 feet tall and also decorated with handmade Christmas ornaments from Oregon. At the bottom of the tree is a beautiful handmade tree skirt that came from the Gone to Pieces Quilt Guild of McMinnville. 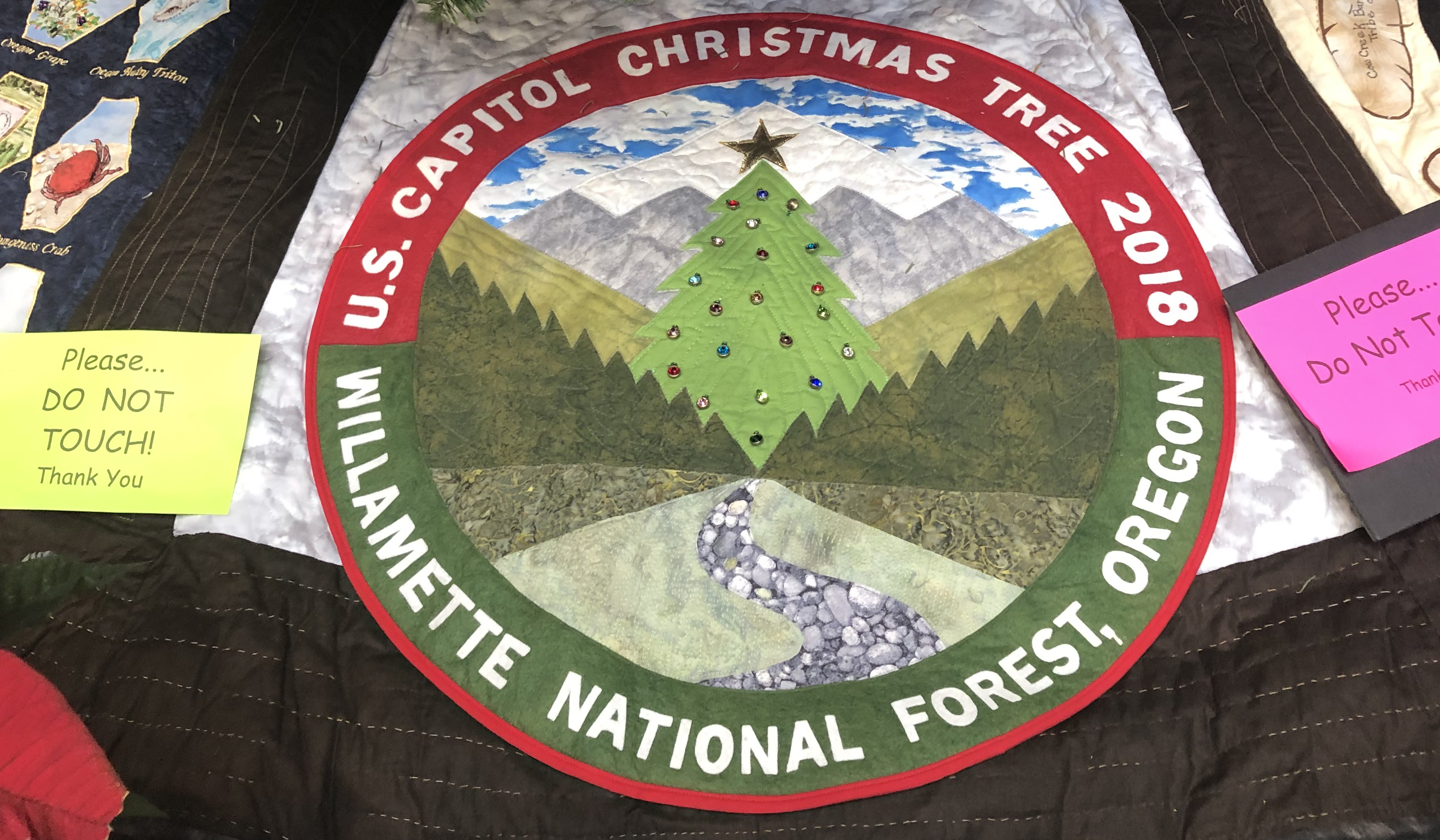 Secretary of Agriculture Sonny Perdue spoke at this event and introduced another Oregon treasure, Nikki Swanson, a district ranger from the Sweet Home Ranger District. Nikki traveled with the U.S. Capitol Tree on its journey from Sweet Home to D.C. She described her experience of 20 consecutive days of joy, during the tree’s journey and at local events across the country. I jokingly asked her after she spoke if there weren’t some moments of stress along the way. She told me that every time a problem came up, everyone worked together to find a solution.

The tree-lighting itself took place a couple days later on Dec. 6. House Speaker Paul Ryan handed over the honor of lighting the tree to Brigette (on the right in the photo). Visitors from all across America stood in near-freezing temperatures and cheered after a brief countdown when the flick of a switch lit up the tree’s thousands of lights. 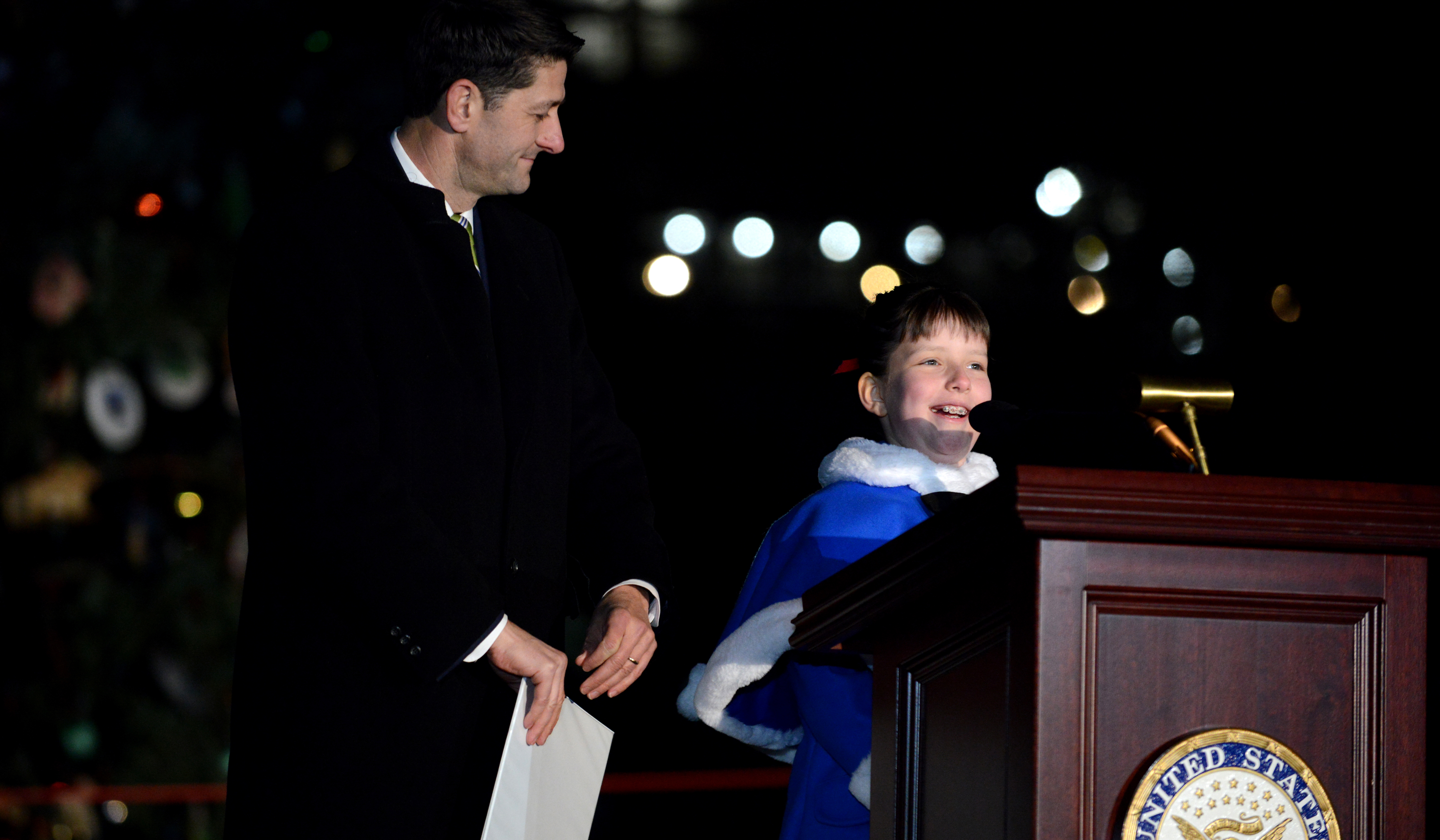 The 2018 U.S. Capitol Christmas Tree will be on display on the West Lawn of Capitol Hill until New Year’s Eve. During that time it will serve as a stunning showcase of Oregon’s natural beauty, our forests and the enthusiastic spirit of the Oregonians who made this gift to the nation possible.