〈 Back To Articles
Have no fear: Mass timber construction is easy and cost-competitive 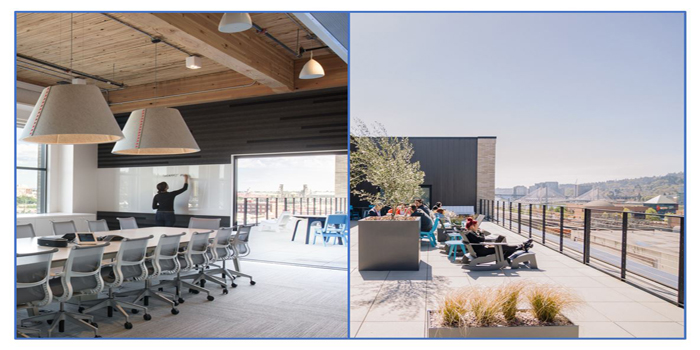 It irks me to no end when I hear building owners, developers or design teams say something like, “We wanted to use mass timber, but we just didn’t have the budget for it.”

The topic came up during the Mass Timber Mingler, a June 21 networking event OFRI helped organize at Hacker Architects. In response, Ethan Martin, the Pacific Northwest regional director for WoodWorks, nailed it when he said, “That’s what I hear from people who have never tried building a mass timber structure. The ones who have done it often say it’s less expensive than they thought it would be and often less expensive than the alternatives.”

He’s right. Mass timber is new building technology. There’s fear of the unknown and that fear manifests in budget estimates. Realizing the full potential advanced wood products bring means approaching construction projects with a collaborative approach, rather than the traditional siloed approach, and not all project teams are comfortable working that way.

William Silva with Swinerton likens working with mass timber to the days of the “master builder.” Hundreds of years ago, the world’s iconic buildings, including the cathedrals and castles of the Middle Ages, were largely the work of a master builder who had expertise in architecture, engineering, materials science and construction methods, and brought that blend of experience to each project.

Today, no one person is likely to be an expert in all areas of design and construction. But you can bring the experts together and approach projects with a collective mind. This uncovers a range of efficiencies that help drive down the overall costs of a project. That approach worked for Swinerton. This month the general contractor is completing the largest cross-laminated timber (CLT) structure in the U.S. months earlier and 4 percent less expensively than if it had been built with steel, as originally conceived.

The headline of this blog was the title of a presentation given last month at the Eastern Oregon University Mass Timber Rising Summit in La Grande. Mike Bradley, with Beacon Builders in Spokane, Wash., described an 8,000-square-foot CrossFit gym he built with CLT at a cost of $110 per square foot, which is a very good price for that type of project. He said the structure went up in just four weeks with no skilled labor.

At the International Mass Timber Conference last March in Portland, I heard Todd Wilson, an architect and developer from New York City, describe in detail how he saved nearly $500,000 in construction costs on a small office project in Brooklyn, N.Y., by using CLT instead of reinforced concrete. That, combined with interest savings on his construction loan due to the building going up faster, and increased year one revenue due to it leasing up faster, brought the overall savings to $1.3 million to $1.7 million. To me, saving a million and a half bucks on a construction project sounds like winning the lottery.

None of this is all that surprising to me. In fact, it mirrors what I heard in England when I visited there in late 2016. The British architects and contractors I met told me that, for a variety of reasons, on the majority of construction projects, timber was the lowest cost solution. As advanced wood products supply chains become more mature, and as more architects, engineers and contractors learn how best to benefit from all the advantages mass timber construction has to offer, it seems the same thing is also rapidly becoming true here.