〈 Back To Articles
Creatures of the forest, real and imagined 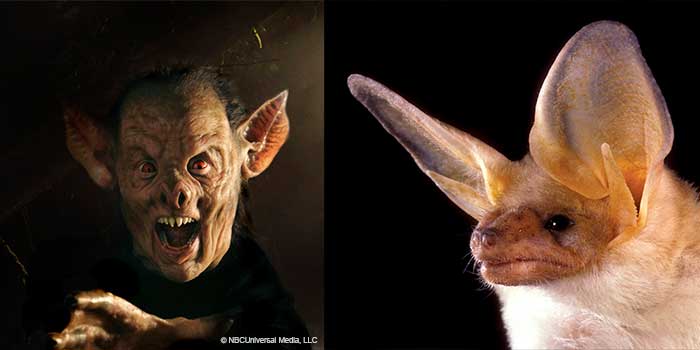 It’s not unusual to see film crews on the street below the OFRI office in downtown Portland. They often use the Historic U.S. Bank Building as a backdrop. But it was a first for us last week when a crew from the TV series “Grimm” came inside our office to shoot a scene taking place across the street.

Inspired by the classic Brothers Grimm fairy tales, the show “Grimm” is set in Portland because the area reminded the creators of Germany's Black Forest, where many of the original tales take place. “Grimm” tells the story of a Portland homicide detective who discovers that fairy-tale creatures are real – and that he has the power to see them when others usually can't.

Unfortunately, I can’t tell you where you might go to catch sight of a Blutbaden. But if you’re more interested in real forest wildlife, I can recommend a book: A Guide to Priority Plant and Animal Species in Oregon’s Forests.

This 120-page book, published by OFRI, lists more than 100 species that have special status – that is, they may be threatened or endangered under state or federal law, or they may be part of the Oregon Conservation Strategy.

The book organizes species by the type of forested habitat in which they tend to live, so users can easily find and identify those found in different-aged stands of trees. Maps show where in Oregon each species is known to occur or could potentially occur.

A Guide to Priority Plant and Animal Species in Oregon’s Forests is recommended for all forest land managers, as well as educators. Along with OFRI’s other wildlife publications, including the Wildlife in Managed Forests series, the guide is useful for anyone working to understand where various species live and what habitat they need to survive.