〈 Back To Articles
The Colorado fires: Is anyone paying attention? 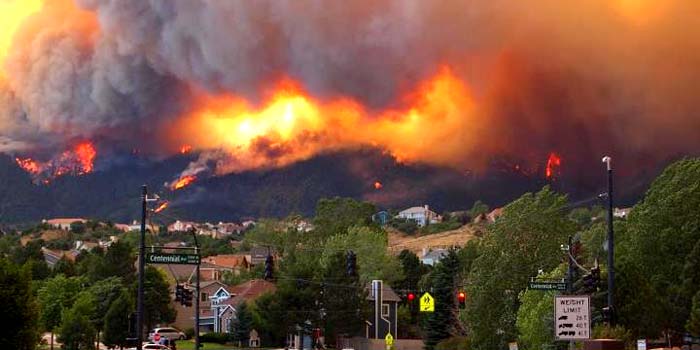 The stories and photos coming out of Colorado are horrific: Eleven wildfires. Thousands forced to flee. Hundreds of thousands of acres scorched. Millions of dollars of property damaged.

The most destructive of the 11, the worst in Colorado’s history, is the Waldo Canyon Fire that charred 18,000 acres around Colorado Springs, destroying 346 homes and killing two.

Can it happen in Oregon?

This summer marks the 10th anniversary of the Biscuit Fire, which consumed a half-million acres in southwest Oregon. In the summer of 2002, major fires were already burning across Arizona, Colorado and New Mexico, and these drew firefighting resources away from the Pacific Northwest. Then on July 12 and July 15 a series of lightning storms in California and Oregon started dozens of small wildfires, five in the Siskiyou National Forest. These merged into a conflagration that took firefighters until after Christmas to fully contain.

Throughout the American West, millions of acres of federal forests are chock-full of excess fuels that under dry, hot and windy conditions need only an ignition source to blow up. The excess fuels are the product of more than a century of fire suppression and unsustainable harvesting and grazing policies.

For those who want more background on how we got here and what can be done, I recommend two educational videos. One is OFRI’s own “Federal Forestland in Oregon: Problems and Solutions in Dry-Side Forests.” The other is produced by a Grant County group and is titled “Saving Our Forests.”

The history of how we got here is interesting, but there’s little point in fixing blame. The more important question is, where do we go from here? OFRI’s research indicates that the majority of people want the forests managed to restore ecosystem health. In our statewide 2010 Values & Beliefs Study, 77 percent agreed somewhat or strongly that dense, overstocked forests in eastern and southwest interior Oregon should be thinned to reduce the risk of severe wildfire. That would be a terrific start.

I worry that the news is desensitizing us to disasters. What’s a wildfire compared to a tsunami, earthquake, tornado, hurricane or 500-year flood? But Oregonians better figure this out, and soon. The only thing more tragic than the destruction in Colorado would be to not learn from the past and take action to create a safer and more sustainable tomorrow.