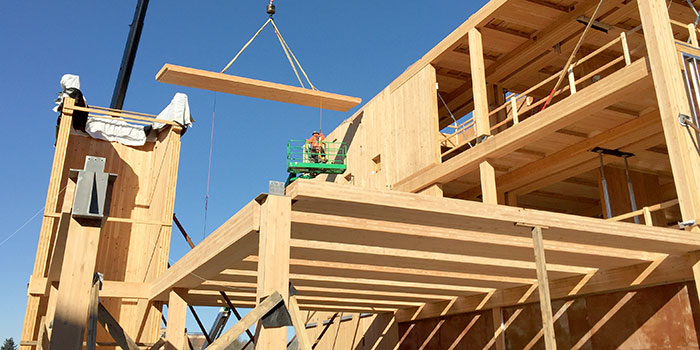 Building code and other government officials have a chance to positively influence the national building code process to make it easier to use advanced wood products, but they’ll have to act quickly.

Most readers have probably heard about cross-laminated timber (CLT) and the push to see more buildings constructed using CLT and other advanced wood products. More than two dozen such buildings have gone up or are currently planned or under construction here, making Oregon the national epicenter for these innovative structures.

A big reason for the upsurge in timber construction here is that, compared to the alternatives, wood buildings are vastly superior from an environmental-impact standpoint. The wood products used to construct these buildings store carbon – lots of it. About 50 percent of the dry weight of wood is carbon, sequestered from the atmosphere as CO2, a common greenhouse gas. That carbon remains stored in wood for as long as that wood remains part of a building, and even longer if the wood can be salvaged and reused after a building is demolished.

Another environmental advantage is that wood takes less energy to produce than either steel or concrete. Wood products are also the only common building material derived from a renewable resource – trees. And here in Oregon, thanks to sustainable forest practices and strong forest laws, we can rest assured the timber used for our locally made wood products was harvested responsibly.

The wood products industry is a cornerstone of Oregon’s economy, particularly in rural areas, where economic development opportunities typically aren’t as diverse as they are in urban areas. 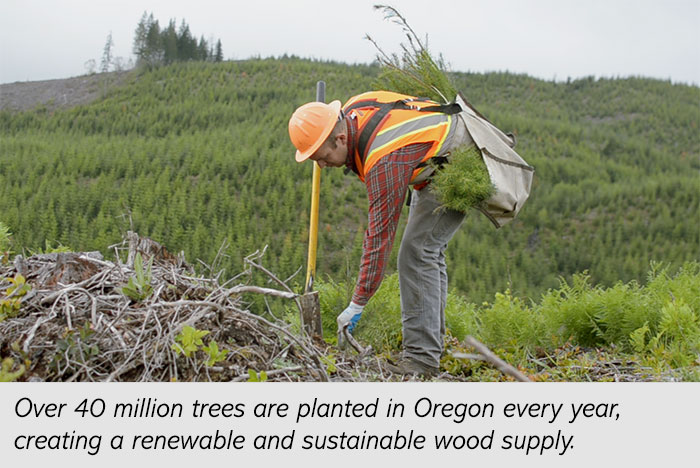 Why Oregonians should care

Both family-owned companies received product research and development assistance from Oregon State University, one of the nation’s top wood science and engineering programs. OSU recently collaborated with the University of Oregon’s School of Architecture to establish the TallWood Design Institute, the nation’s only research collaborative that focuses exclusively on the advancement of structural wood products.

We are now approaching a critical juncture in the advancement of these efforts. Proposed amendments to the International Building Code will be voted on this year by eligible members of the International Code Council. The vote represents the culmination of a three-year process that could significantly increase the potential market for these advanced wood products. Increased market share driven by building code changes is likely to spur increased industry investment in manufacturing facilities – and that’s the payoff the state has been hoping for in its efforts.

How can you participate?

Most jurisdictions in the U.S. use the International Building Code (IBC) as the basis for their own local building codes. The International Code Council (ICC) is the body that establishes the IBC. In 2016 the ICC appointed an Ad Hoc Committee on Tall Wood Buildings to develop code amendment proposals that would expand the ways advanced wood products can be used in commercial construction. The 17-member Ad Hoc Committee is composed of building officials, fire officials, engineers, architects and building-material interests. They have proposed 19 code changes for the 2021 edition of the code that would collectively allow for the use of wood structures in a much broader array of building types, including construction of tall wood buildings up to 18 stories or 270 feet in height. Most of the large wood buildings we’ve seen going up around Oregon have been permitted through an arduous and expensive “alternative methods” process, which many developers are unwilling to attempt. These code changes would clear a path to avoid that alternative process.

The Ad Hoc Committee’s proposals were submitted to the ICC in January, and will be made available for public viewing online on Feb. 28. This will kick off a months-long process that culminates in a national vote in November 2018 to approve or disapprove the proposals.

Eligible voters are public officials or employees of qualified government agencies. The ICC defines these as “governmental units, departments or agencies engaged in the administration, formulation, implementation or enforcement of laws, ordinances, rules or regulations relating to the public health, safety and welfare.”

That definition covers a fairly broad range of government entities, including housing bureaus, departments of energy, and many others in addition to building codes departments and fire bureaus. Each one of those “units, departments or agencies” is entitled to the number of voters corresponding to the population they serve:

Voter turnouts in recent ICC elections have been very low, giving Oregon the chance to make a huge impact. In the 2016 election, for instance, only 1,247 voters participated.

In Oregon there are about 125 building code jurisdictions, each of which is entitled to a minimum of four voters. Several of those jurisdictions are allotted eight voters, and a few have 12 voters. Every state agency that meets the definition of a qualified government agency is allowed 12 voters. If all the eligible agencies were to participate at close to maximum potential, Oregon could easily produce a thousand or more votes.

A vote for wood is a vote for Oregon

Those votes could make a big difference for Oregon, and it is clearly in the state’s best interest for Oregonians to participate as broadly as possible. While most of the tall wood buildings are likely to go up in the urban areas, the positive impacts of an expanded advanced wood products market would be felt throughout the state and the surrounding region, with rural areas potentially having the most to gain. And because about 75 percent of the wood products produced in Oregon are sold elsewhere, other states’ building codes matter a lot.

Voting in the ICC election is fairly simple. You must join the ICC, which is very easy to do online, and your application must be received by March 16. Membership is $135 - $370, depending on the population you serve, and it covers your entire agency, not just you as an individual. For example, the State Building Codes Division can join for $370, entitling it to 12 voters.

Once you have joined by the March 16 deadline, the next step is to assign individuals in your organization to be your “designated voting representatives.” These individuals can be employees of the member entity or “officials of the Government Member.” So, for smaller jurisdictions that might not have enough employees to meet the maximum voter number, your mayor or city councilors can be designated. All designated voting representatives must be named in writing by Sept. 23 in order to participate in the November vote.

It’s as simple as that: Join ICC by March 16, designate individual voters by Sept. 23, and vote during the November online voting period. It will benefit Oregon’s economy. 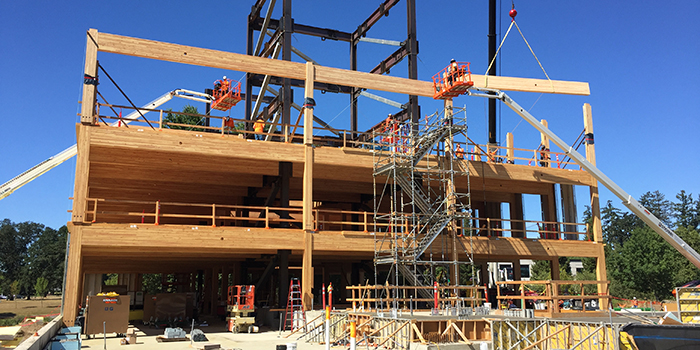